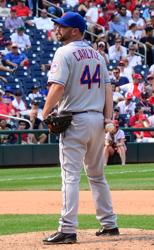 Buddy played baseball and basketball for BJSA and attended Bellevue East HS; where addition to baseball, he also lettered in basketball for the Chieftains and graduated in 1996.

Drafted by the Cincinnati Reds in the 2nd round of the 1996 amateur draft.

Born: May 16, 1987 in Papillion, NE, is an MLB Pitcher with the Cleveland organization. He has also pitched for the Philadelphia Phillies in 2012 and 2013 and is a BJSA alum.

Tyler played baseball with BJSA and attended Bellevue East HS; where he was an all-state selection in the spring of his senior year in baseball for the Chieftains and graduated in 2005.

Tyler attended University of Nebraska – Omaha, there he was named the North Central Conference Pitcher of the Year two years in a row, both in 2006 and 2007.

On December 13, 2013 he signed as a Free-agent with the Cleveland Indians, where on July 30, 2014 he pitched a near perfect game for Cleveland’s AAA affiliate Columbus Clippers. 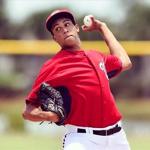 Played football and baseball for BJSA, 2003-07, playing on the Warriors and Thunderbirds in football and for the Bruins in baseball.

He also graduated as Empire's all time leader in Assists, Steals, 3  pointers, and Points in Basketball.

Cole Played baseball at Pima Community College 2013-14  2014 where he was all ACCAC and 3 time conference Pitcher of the Week.

Drafted in the 2014 16th round of the MLB draft by Washington Nationals.